Capturing our attention: the TV series that has us all debating CCTV

After the 8th October 2019, Tuesdays will never be the same again for many people. Not until the inevitable (surely?) series 2 of The Capture arrives on our screens.

The tense, unpredictable BBC thriller has had millions of us on the edge of our seats for almost six weeks now and is set to conclude in what will surely be a dramatic and maybe even frustrating finale.

The reason so many of us have been (ahem) ‘captured’ by the series is how creepily close it is to events happening in our own lives, as we live in the ‘post-truth’ era of fake news and doctored evidence. The premise that once concrete evidence such as video footage and CCTV ‘captures’ can indeed be flawed and even corrupted, seemingly live, is at once terrifying and yet completely plausible. 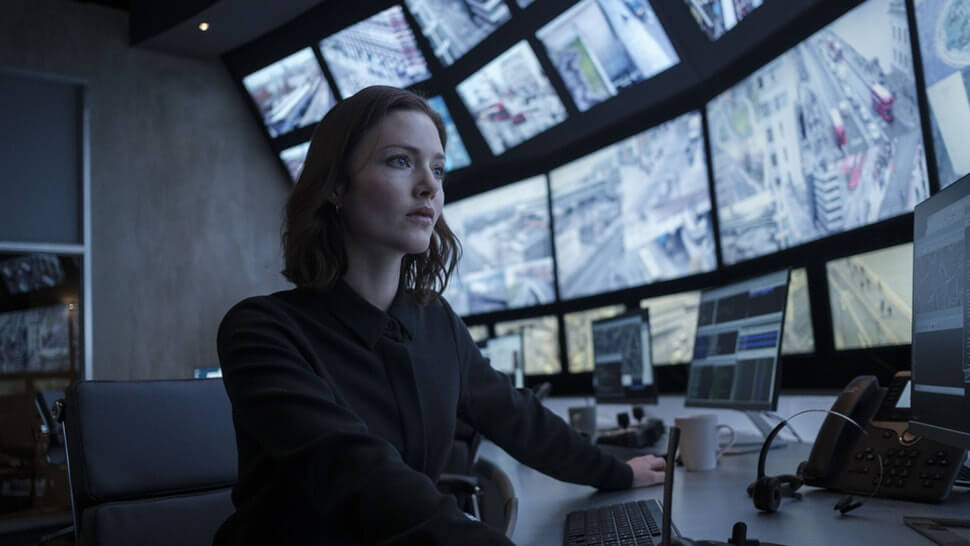 So what does this mean for the manufacture and development of modern surveillance systems?

Will programmes such as this fuel an already burning fire in us about the validity and even the morality of such technology?

An issue of trust

The short answer is yes and no.

With every technology developed and deployed in our everyday lives, there is always the potential for it to become compromised and abused at some point. From telecoms to mobile phones to written communications, every form of data capture and transmission is sadly open to interpretation, misunderstanding and tampering – it’s a fact of life. The key is to understand and accept the possibilities of flaws and to have a plan in place to identify, uncover and prevent them.

Surveillance and security is now home to a host of new technologies and methods which are opening up possibilities and increasing the accuracy of how we view, record and transmit sensitive information. AI, the IoT and Big Data are all transforming surveillance from being passive recording devices into live, intelligent systems which can make decisions and adapt to situations as they occur.

Devices already on the market act as Google for CCTV. They are instantly searchable and capable of recognising hundreds of thousands of natural language queries, eradicating the need for somebody to physically sit and review hours of footage.

And face recognition looms very close on the horizon, further enhancing the specificity of surveillance footage searches. As we’ve seen in The Capture, this is still very much a point of ethical discussion and tampering with such evidence isn’t beyond the realms of possibility.

The real meaning of data ‘intelligence’

Increasingly, it’s not just about surveillance devices but connected intelligence.

The defence sector is discovering how the ability to analyse Big Data will make it more efficient and more effective. And during live combat the ability to assess, assimilate and act on the insights big data can provide can save lives.

Sensors for telemetry (the automatic measurement and wireless transmission of data from remote sources), drones and other military and airborne surveillance and connected surveillance tools can help the military generate vast amounts of data. If this can be intelligently and automatically linked it will play a highly significant role in improving how and where people and assets are deployed.  In modern combat and counter-terrorism, data analytics is now emerging as one of the defence industry’s most effective weapons.

As specialist sensor devices become smaller, higher resolution and less expensive, surveillance equipment is becoming increasingly more sophisticated. Merging multiple measurable inputs such as video, audio, vibration, ultrasonics and lidar (laser surveying) means that data collection and analysis is now possible to a much greater degree of accuracy and under a wide range of conditions and circumstances.

And it’s not just the data capture that is intelligent, the analysis and processing aspect is also now extremely advanced. New techniques mean that vast amounts of data can be filtered to identify and isolate one tiny occurrence which could be crucial when looking for vital evidence. Millions of people will pass through an international airport in a day, so why is that one passenger or package worthy of attention? This emerging technology can help to make that distinction.

As always, we have a responsibility with this technology to treat it with the utmost respect and use it for good. Unfortunately, there will be those who flout this responsibility, as our current Tuesday night TV fare continues to remind us, but the balance has to be achieved. So much good can be done with this technology: so many plots uncovered, so many lives saved, that we have to believe in the power of good instead of being sucked into paranoia about the possibility of the bad.

One thing is for certain though. The Capture has got us talking. Let’s see where the discussion will take us.